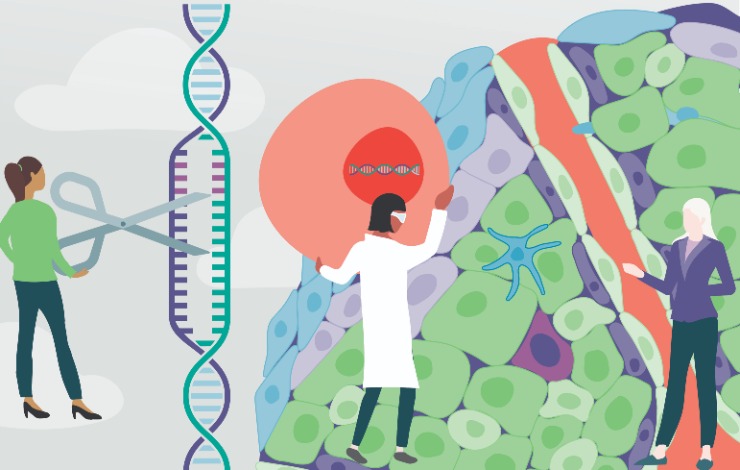 Engineered immune cell therapy has revolutionised the field of cancer therapeutics. However, the success observed against haematological malignancies has not translated well to the more complex and refractory solid tumour environment.

This webinar will explore the reasons that underlie this and discuss the innovative strategies and gene editing technologies that are being employed to overcome these limitations. TALEN and CRISPR have already entered clinical trials and shown feasibility and safety in humans, paving the way towards the next generation of enhanced cell and gene therapies.

Fast-paced scientific advances and novel gene editing tools such as base editing and prime editing also look set to enter the ring and contribute towards efficient and safe manufacture of more effective and persistent engineered immune cell therapies against solid tumours. It is with much anticipation that clinicians and researchers closely monitor the rapid evolution of cell therapies and share their thoughts and insights on these exciting developments.

Barbra joined Allogene as Chief Scientific Officer in April 2018 when the company acquired the allogeneic cell therapy assets from Pfizer. Barbra received a PhD from the Paterson Institute for Cancer Research in Manchester, UK, in the laboratory of T. Michael Dexter, FRS. She conducted postdoctoral research at Harvard Medical School in the laboratory of T. Keith Blackwell, MD, PhD.  Barbra joined Amgen in 2001 to work on normal and malignant hematology initially and later expanded her focus to include immune-oncology with an emphasis on T-cell redirective therapies, specifically BiTE molecules. In 2013, she joined Pfizer to become involved with large molecule immuno-oncology including the Pfizer T-cell redirection programs and led diligence to look for a CAR T collaboration partner. This collaboration search resulted in the Cellectis partnership in 2014 and the collaboration with Servier for clinical execution of UCART19 and other preclinical assets.

Pallavur Sivakumar (PV) is currently Vice President and Head of Discovery, in the Immuno Oncology and Cell Therapy Thematic Research Center in Seattle. In his current role, PV leads the Discovery efforts for IO/CT and is responsible for the early pipeline across all modalities (biologics, small molecules and cell therapy). PV also helps establish and execute on the broader IO/CT Strategy, including working to identify and work with key external partnerships. PV joined Celgene in 2015. He has over 20 years of biotech/pharma experience spanning early to late phases of drug development in Inflammation, Oncology, Immuno-Oncology, Virology and Diabetic Complications. PV was born in India and has an undergraduate degree in Pharmacy (B.Pharm) and Biology (M.Sc). After a Ph.D in Immunology at University of Texas Southwestern Medical Center in Dallas, where his work focused on development of NK cells and the NK cell receptor repertoire, he moved to Seattle and has been in Seattle biotech industry at Immunex, ZymoGenetics and Novo Nordisk. He also spent 2 years at Novo Nordisk Headquarters in Copenhagen where he was responsible for Novo's Inflammation Portfolio and in establishing/executing strategy for the Inflammation area.

James Trager joined Nkarta in 2016 and leads all new product discovery efforts. Dr. Trager is deeply versed in the development and application of cellular therapies for cancer. He previously served as Vice President of Research and Development at Dendreon, where he was responsible for product development, clinical immunology, analytical development, and process automation, supporting the late stage development of sipuleucel-T through clinical study, approval, and commercialization. Prior to Dendreon, Dr. Trager was a Senior Scientist at Geron, where he was part of the team that cloned human telomerase, and later established a Quality Control function to enable the manufacture and clinical development of a telomerase inhibitor. Dr. Trager is a graduate of St. John’s College in Santa Fe New Mexico; and served as a Peace Corps volunteer in the Central African Republic. He received his doctorate in Molecular Biology and Biochemistry from the University of California at Berkeley, where he performed mechanistic studies on the src oncogene.

Dr Jennifer Harbottle is a Senior Scientist in the R&D Base Editing, Cell and Gene Therapy team of PerkinElmer’s Horizon Discovery business. Since joining the company in May 2019, her work has contributed towards the development and commercialisation of the Pin-point™ base editing platform, including a focus on application of the novel technology in the context of engineered immune cell therapies, and development of strategies to assess the precision and safety profile of selected gene editing agents. Jennifer obtained her PhD in Cell Biology at the University of Aberdeen (UK) and was first enticed by base editing in 2018 during an R&D project at Oxford Genetics Ltd (now OXGENE). She now works full time on the innovative technology to support and drive Pin-point™s full potential in next generation therapeutics. 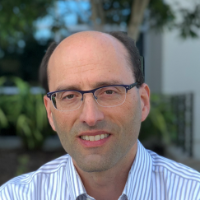